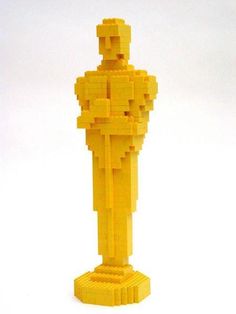 It’s Oscars weekend and I’m super excited. I’m a huge movie buff, and this year I’ve seen all but two of the nominees for Best Picture. One is FENCES, which I’m actually hoping to see tonight if I can, and the other is LION, which I probably won’t get to see before the awards tomorrow evening (sorry, LION, it’s definitely nothing personal. You look great.)

So – huge disclaimer – I’m going to write a bit about the movies I have seen, which is sort of unfair to those two that I haven’t. My apologies to everyone involved in those two films for this inequity. I have no doubt they’re amazing.

I really enjoyed all the nominees this year. ARRIVAL stunned me with its unexpected depth and brilliance and big ideas. HIDDEN FIGURES and HACKSAW RIDGE inspired me with the heroism of unknown characters from history who faced insurmountable odds. MANCHESTER BY THE SEA broke my heart more than once. HELL OR HIGH WATER drew an artful picture of the friendship between men and brothers.

Most interesting to me this year, though, are the two seeming front-runners for Best Picture, two movies that couldn’t be more different at a time when it seems our differences are being called out every day with the virtual slashes of a thick, yellow highlighter: LA LA LAND and MOONLIGHT.

LA LA LAND is big and audacious. It’s a musical, and from the opening number that required an entire highway to be shut down so hundreds of people could sing and dance on top of their cars, to the ending, where the movie breaks free from the confines of conventional reality in a gorgeous, bold way, it seems to be constantly seeking to be larger than life. The colors are vivid, the music and songs inspiring, the choreography magical.

I confess I’m not normally a huge musical fan, but I adored LA LA LAND with its inspiring message urging us all to follow our dreams, and its familiar-feeling love story that was equal parts heartwarming and heartbreaking. The filmmakers made no attempt to hide the fact that the movie often reaches out beyond itself, paying homage to several classic films, notably SINGIN’ IN THE RAIN and REBEL WITHOUT A CAUSE. Sometimes it felt like the movie wanted to reach out and grab everyone in the audience, too, like it wanted to pull us in one by one – “Sing with us, dance with us,” it seemed to say.

Conversely, I’m not sure I’ve seen a movie recently that’s been more comfortable in its own skin than MOONLIGHT. Which is ironic, since the film features a main character who is anything but comfortable being who he is, especially early in the movie.

“Society isn’t letting Chiron be who he is,” the movie seemed to whisper to us, “but you’re damn-well going to let us be who we are for these next two hours.”

Where LA LA LAND wanted to reach out to us, MOONLIGHT stayed within itself and its main character. It remained focused on telling the story of one man’s struggle – a gay, black man – in society as he aged from boy to adolescent to man, in some ways a small story that was actually huge. MOONLIGHT doesn’t reach out and grab you so much as it leaves a door ajar just a small crack, and asks you to have the courage to push it open and stay for awhile.

I was particularly moved by the third act. The writers, actors and direction came together to show an incredible amount of restraint in completing their story in a way that felt entirely authentic and moving. All it was, really, was life, such as it is for some of us, right there on the screen. The heartbreak of life, the way each of us is challenged to find our way in this difficult place, how we search for happiness in the small things, the way we break each other’s hearts, the times we find comfort in each other.

It would’ve been easy to be over the top in a variety of ways in that last act, which is primarily made up of a conversation between two men – old friends with a history. But the writers kept the dialogue sparse and meaningful. The actors were moving, portraying their characters with a subtlety and grace that felt true to life, and the director guided them all with what felt like a practiced, sensitive and restrained hand.

So it strikes me how incredibly different these movies are from one another, how incredibly varied life itself is. Big vs. small, predominately white vs. predominately black, loud vs. quiet – and yet, also, they were the same in so many important, fundamental ways – inspiring, heartbreaking, heartwarming, innovative.

I’m not sure which one should win Best Picture, and I won’t pretend to be enough of an expert to even hazard a guess. I do know that some folks feel MOONLIGHT should win because it, in some sense, is a more important film socially. That’s probably true. It gives voice and stands up for a segment of our population that needs someone and something standing up for them just now.

What I hope is the best movie wins. And MOONLIGHT may in fact be the better movie. If it doesn’t win, I hope folks won’t lose sight of the fact that it has ALREADY stood up.

For myself, I’ll be overjoyed for either movie’s success. They both really challenged, inspired and spoke to me this year. In that way, for me, they’ve both already won.

Now we just wait for the little golden statue. Good luck to all the nominees Sunday night.