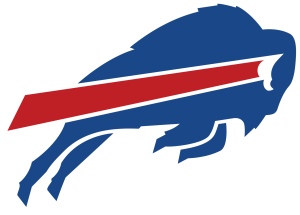 That streak, by the way, of 14 years without playoffs, is currently the longest of any team in the NFL.

I’m not sure what color chip this qualifies me for. All of them, probably.

The first Super Bowl I remember watching was in 1980, the Oakland Raiders vs. the Philadelphia Eagles. At that time, I didn’t know much about football. I was nine. I played in the neighbor’s yards a bit, but I was small and skinny and it wasn’t really my game yet.

The reason I remember that year so well is one of my good friends back then had the last name of “Jaworski.” They used to drive me places, and one day as the Super Bowl approached, my friend’s father turned from the driver’s seat and asked me who I was rooting for in the “big game.” He seemed really excited to know my opinion.

Now, I didn’t know much. But what I did know was the color and look of all the uniforms. My father had brought me a big pile of virtually every team jersey, all in my size, one day not too long before. I’ve never been sure what prompted this; I suspect some sort of (very cheap) package deal at the big flea market over on Walden Avenue.

Anyway, my favorite jersey was the San Diego Chargers. It had lightning bolts on the shoulders (come on…what nine-year-old boy doesn’t want to walk around with lightning bolts on his shoulders?) But if I had to choose between the Raiders (cool black with a tad a silver and an angry pirate on the helmet) and the Eagles (green with these sort of big bird wing things happening on their helmet), I was going Oakland’s way.

He frowned at me and turned around, driving us to wherever we were going in silence. It was later explained to me that the quarterback of the Eagles was one Ron Jaworski, my friend’s uncle. This is probably something I should have known. And it turns out I probably should have said “Eagles!” when asked.

Clearly, I needed to learn more about this football thing.

Now, at that time, I was under the mistaken impression that I could choose the NFL team I might want to root for. I mean, there were those shoulder lightning bolts to consider, after all.

This was not the case. I was from Buffalo and this meant, by default, if I wanted to follow NFL football, I had to be a Bills fan. And so began my long, slow descent into madness.

Being a Bills fan is hard. By the time I got really ramped up to it, in the mid-’80’s, the team ran into consecutive 2-14 seasons that left them in last place. Not just last in their division, but pretty much dead last place in all of the NFL in both 1984 and 1985.

But I was young and full of exuberance. I kept following the team and soon enough, in the late ’80’s, they started to get good. By the early ’90’s, they even appeared in their first Super Bowl, number twenty-five against the New York Giants. Everyone in the city went crazy.

The Bills were favored that year and, in what is still one of the best Super Bowls ever played, they lost by one point on a last second missed field goal. Wide right, as it is known in Bills lore.

This was okay, though. The team was so good, they’d undoubtedly return to the Super Bowl again. We were all sure they’d win one soon enough.

Bills fan’s started to lose it. I mean, Richard Sherman lose it.

Alas, Mr. Miller was incorrect. Dallas, in fact, did not go down. The Bills lost to the Cowboys in Super Bowl 28 as well, by 17 points this time.

By this time I was away at college, so I may have been spared some of the city’s angst. However, I got to experience mocking from all corners of the country, as students came to my school from far and wide to make fun of the Bills’ ineptitude in Super Bowls.

Still, the Bills – my team – remain the only one to have reached four Super Bowls in a row. Ever. There’s that. Despite losing all four of them, there is still that.

And in the subsequent years, they made the playoffs here and there. There was still hope they might get back to the Super Bowl again one day. Until 1999, when the Music City Miracle happened. That’s right, they lost in such spectacular, last minute fashion the last time they made the playoffs, that the good people of Nashville call it a “miracle.” (In truth, it was sort of a miracle, since the referees allowed a forward pass on the Titans’ winning kickoff return, but don’t get me started on that…)

Right or wrong, it was that play that started our 14-year playoff drought. There are lots of theories on the nature of the curse we seem to be under, most notably the benching of popular quarterback Doug Flutie immediately before that fateful game against the Titans.

Slowly, Bills fans have come to realize we may never get back to the Super Bowl. Instead we try to content ourselves with watching the teams that do make it, relishing in the fact that most everyone else watching is probably eating our city’s food, the Buffalo Chicken Wing.

At least we still have the chicken wing.

So good luck to both the Seahawks and the Broncos. And their fans. I’ll be watching. Again. And if your team loses…well, I understand.

Maybe better than anyone.